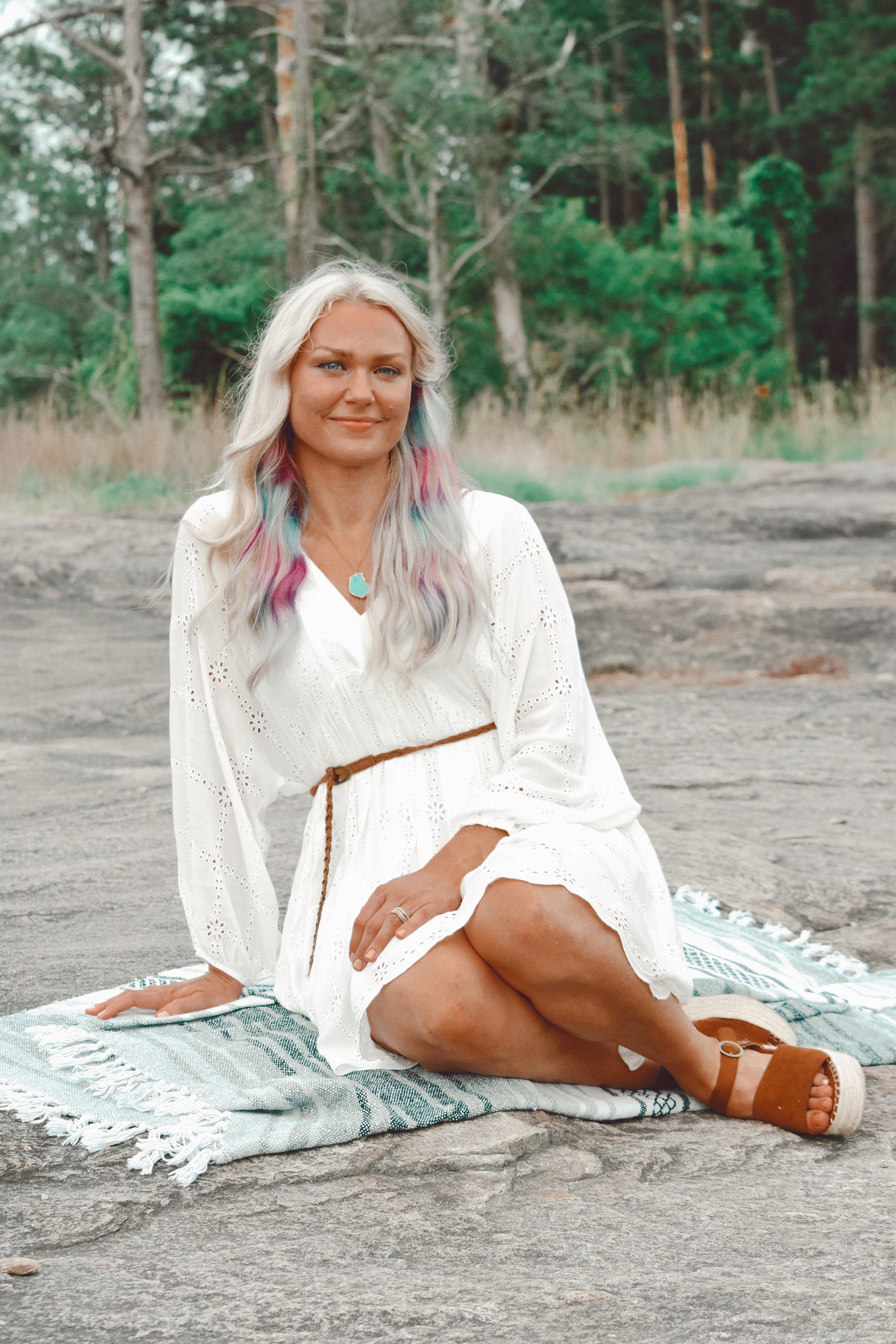 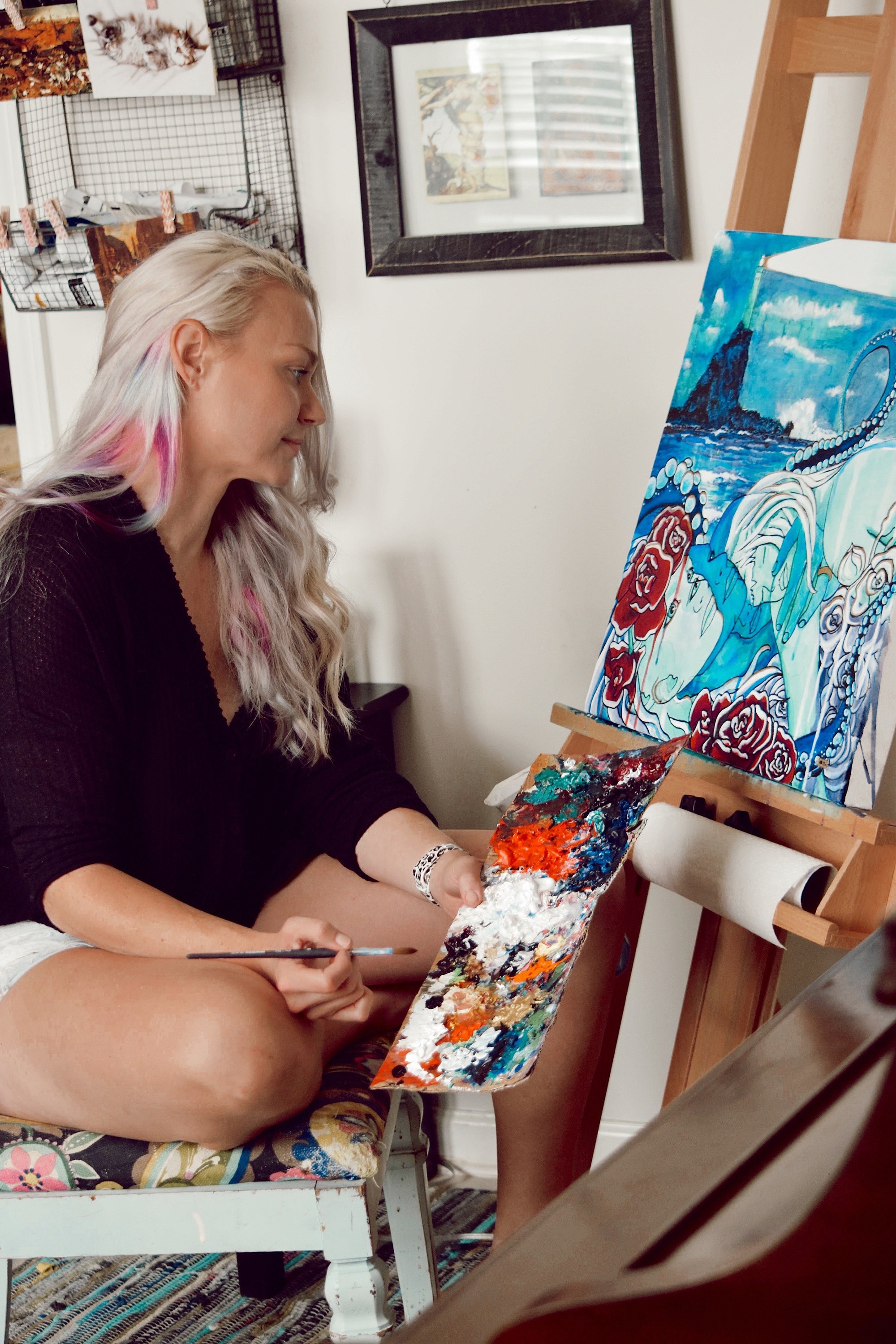 Daisy-Anne Dickson is an artist living outside of Atlanta, GA.  Daisy-Anne earned a BA from Oglethorpe University in Studio Painting in 2004, then later returned to Georgia State University to earn a BS in Nursing in 2014.  While formally educated in oil painting, her preferred media has become acrylic and inks on canvas or wood.  Daisy is the founder and owner of The Woke Studio, where she sells her work and designs.

Among her bodies of work, are several series of abstract, cloud-like  paintings, which allow water and pigment to find an organic pattern on the canvas.  These paintings are created by manipulating the paint and water with cotton cloth and her fingers--using a brush only for the initial application of paint.

Another growing body of work, is Daisy's surrealistic narratives, which she creates utilizing mixed media.  These narratives are introspective, and delve into the nuances of her own relationships and life experiences.  The goal of these works is to reach the viewer with relatable, yet difficult emotions.

A recent side project of hers has been “Forced Collaborations”. The premise of these works consists of discarded or neglected artwork found in thrift stores or flea markets that she has then contributed to or collaborated on. Creating an entirely new work and up cycling forgotten art.


Daisy-Anne has partnered as a featured artist with The Local Aesthetic art subscription box for Georgia artists. Her current series of abstract work, “Cloudbusting” is on view in Port Jefferson, New York for the month of April.

As an animal advocate, Daisy chooses to live a vegan lifestyle, raise a vegan family and rescue animals along side her husband.  Most recently she has accepted a position on the board of Compassion for Animals as secretary and treasurer to further her efforts for animal rights and welfare.

0 items in your cart